Bare in Mind or Bear in Mind?

Which phrase is “right”? Bare in mind or bear in mind?

As people, we are constantly gathering and losing thoughts and memories. We gain encounters, and experiences throughout our entire lives, up until the moment it ends. Have you ever found yourself idle, with nothing but just your thoughts? For example, a random passing object reminded you of something you thought you have already forgotten, or an instance that made u feel you experienced deja vu. How about needing to actively remember something so a lesson it has left can help you out in the present?

To non-native English speakers, both phrases might be a subject of confusion and could get used incorrectly. To start things off, how is bear and bare different?

According to the Merriam Webster dictionary, the transitive verb bear means “to accept or allow oneself to be subjected to especially without giving way”, “to call for suitable or essential”, “to admit of”. Among many other definitions, one that fits the context of this article is “to hold in the mind or emotions.” To bear in mind is to be aware of and remember something, to be mindful. It is often used as a reminder for someone that is forgetting something that is a factor in certain aspects of a certain situation.

It is arguably the more common phrase that people use, some may even say it is the “correct” way to spell and use the phrase.

On the other hand, Merriam Webster says that bare as a verb means “to make or lay something bare” is to uncover. It is more commonly used to describe the lack of coverage or clothing of something. Now if we apply it to the context of remembering something, to bare in mind is to open the mind, reveal something perhaps.

Essentially, they are both used to remember something, but which would you use if you want to recall something important? Now that we’ve learned how different bear and bare are as verbs, the answer is quite simple.

“Bear in mind” is not only the more commonly used one, it holds the much more obvious message it wants to convey; to remember and be mindful of something. In some instances, it can replace the word “remember” in a sentence.

If you have to take a long trip somewhere far away from your home, you have to bear in mind that leaving your appliances plugged in is dangerous and could destroy more than the appliance itself. You have to bear in mind that if you have plants or pets that will be left behind, you might need to hire someone who can take care of them instead or ask a family member to stay and watch everything while you’re away. Before you leave, bear in mind that you should take care of all the chores, such as washing the dishes and doing the laundry first, because it wouldn’t be pleasant for you to come home and have no time to rest comfortably.

Of course, using it that much would be redundant, but those were only examples.

However, “bare in mind” isn’t necessarily wrong, it’s just a lot more useful in a different setting, like a novel or something similar, but not as a verb.

To describe someone as “bare in mind” can be synonymous with calling them open-minded, which isn’t a bad characteristic at all. Though at the same time, someone “bare in mind” can be interpreted as someone with nothing in their mind, someone dull, or stupid. When it comes to that, the method of inserting the phrase matters. For example, if it follows a set of good adjectives, or if the character being described has already been established as well-meaning and good overall. 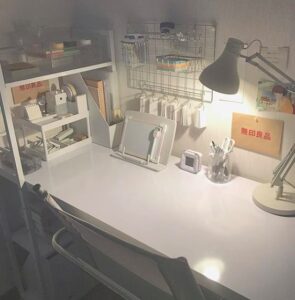 To answer the question you encountered at the beginning of this article, it depends on the context but since you’ve already gone through the definitions and examples of both, you can rest assured that you won’t make such a drastic mistake when you ask yourself which of the two to use.

If you’re still having trouble, just imagine, the mammal bear is covered from head to toe with fur, and in no way, would you call that bare. That way, you can easily figure out how the two phrases can differ, so you can choose which is more appropriate for the context you want to use it on.

Tags:
bare in mind, bear in mind
Facebook Twitter Pinterest
Newer 8 Magnificent American States and Major Facts You May Have Missed About Them!
Back to list
Older A mum’s hack stopped her from buying new school shoes
close