According to Police, it is thought that criminals may have booked an Auto Locksmith via a third party before assaulting him and stealing his van.

Two men in Kestrel Avenue attacked the man in his 70s, when he was in his van, programming a key. They attacked him, before stealing the van. The victim has minor injuries and is said to be very shaken by the attack.

A spokesperson for the police said they had “established that the locksmith may have actually been booked by the offenders via a third party who had claimed they had lost their key”.

Detective Constable Katie Halstead said: “This is a horrific incident in which an innocent elderly man has had his livelihood stolen from him during a frightening and violent attack, which has left him incredibly shaken.

This is not the first time in recent months that a locksmith has been attacked under the same premise. The same thing happened in London just before Christmas when criminals hit the Locksmith in the face with a hammer leaving him with a fractured nose and jaw before driving off in his van.

Police are still on the lookout for the stolen vehicle, which has the registration plate LV13 AXM. 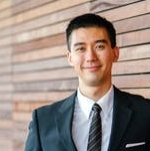 A fearless writer with a passion for shoe repair

Best of Car KeysView all